Well this is embarrassing...

My NA account is lallindiel (It's a smurf, I wouldn't want to give out my real one...)

So.. Hi! I really really like Yuumi, the Magical Cat from League of Legends. I've spent the whole day (12/24/2019) editing my computer so that it reflects my love for Yuumi! If anyone was wondering, here's a link to her wikipage.

Honestly, I don't think she's so bad. She's super fun to play and especially good if her ADC is good. If they're not, it's time to move to the middle lane.

Isn't she so cute? Imagine the healing power of a cat's purr!

Here's a few of my interests aside from League of Legends...

I couldn't get the audio file I wanted to work...

Or the custom cursor...☹ 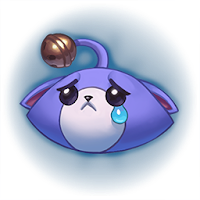 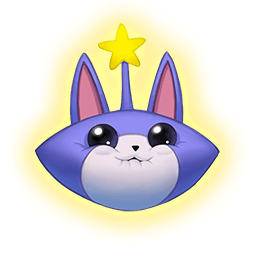 Anywho, given my really specific hobbies/interests, it sort of just led me to make this neat little webpage. To be honest, I was sort of hoping to make my own little guide to play Yuumi. So... Let's get to it 🐱

and watch your own replays...

This isn't exactly 100% about Yuumi in particular, but it's a good thing to keep in mind for any champion! Yuumi has a lot of correctable mistakes, with all the healing she has, but when her mistake is a certain level of bad, she will die. Of course, true about any character, but it's particularly severe when the enemy team has a quadrakill and the last member alive is a magical cat. They will get an ace if you do not keep your allies alive, or at least attempt to lead them out of trouble. Basically... You are the shotcaller because you are the most dependant on the rest of your team.

Generally, the early game is rough for a little kitty. It's difficult for her to get a firm footing when she's jumping into battle. She needs to scale, and that takes time. It's a good rule of thumb to have an ADC partner that can scale with you and has a similar early and late game. Basically... Get ready to surrender your outer turret.

Here's a few suggestions for a good ADC team!

Remember: It's good to stay attached to your ally. Your auto attack is valuable, but your shield and heal (and cuddles) are a lot more worth having. Yuumi does not have the AD or attack speed needed to be able to have a worthwhile AA.

Speaking of her heal...

Build your W and E!!

It's an easy mistake to build Q... Don't do it! It's an easy trap to fall into. The thing is that her Q is literally as good as an AA. In fact, it's worse because of the mana cost! At the time of writing this, it's completely gutted. It's better to build literally anything else first.

Her W's adaptive force is completely ignored most of the time, but it really does boost your ally's stats astronomically. It builds off of percentages, so if you attach to a midlane Veigar (with any competence), the Veigar is effectively the biggest threat on the map. As long as he has your heals, he basically is untouchable.

And finally, her E. Her heal is the best part of Yuumi. It easily is her greatest feature, and it should be a crime to not build it! With the proper build, it can easily restore over half your ally's HP!

Keep in mind, she is an enchantress. She should have support items, but it will be very difficult to activate it given her nature. So, get Spellthief's Edge. She can't damage opponents or CS well (at all), but her strength shines in her ability to simply tag along on the way to objectives and ward. It will take her a while longer to get the full build, so it's best if she just has the yellow trinket for the majority of the game. Though, she should end the game with scanner. A good rule of thumb is to keep yellow trinket until the 500 gold mark, then trade it out. Trust me on this one. It gives you back ups and ways to correct warding mistakes.

Yuumi does not need boots. It is a waste of gold and inventory space. She stays attached the majority of the match and when she needs a speed boost, it is to be found in the form of her heal. Chances are, the enemy will not be able to keep up with her.

Get Athenes! It's probably one of the best items available to her. Not taking it is failing your team. It, and the next item on this list, maximize healing most effectively. It's the best idea to just take it early game. It's the best way to scale up. Athene's grants a minimum total of 50 AP, as Dissonance grants 20 AP from the item's own mana regeneration.

Copied from the Wiki...

The next item is also crucial to your kit. Ardent Censer is probably one of the most valuable pieces of equipment avaliable to Yuumi. It is apart of the foundation for the most effective healing she can conjure.